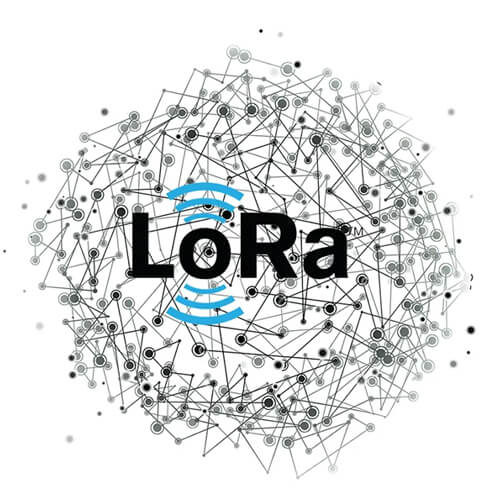 What is a LoRa sensors?

Types Of Industrial Sensors For Automation

The growth of crops requires water irrigation. Too much or too little irrigation will affect their growth, and too much irrigation will cause a great waste of water resources. The smart agricultural irrigation system based LoRa installs sensors such as light, carbon dioxide, soil temperature and humidity, liquid level, and Lora gateways in the farmland, collects environmental data of crops, and uploads them to the visualization platform. Real-time monitoring and analysis of the environmental conditions of crop growth, so as to make intelligent decisions and improve crop yields. 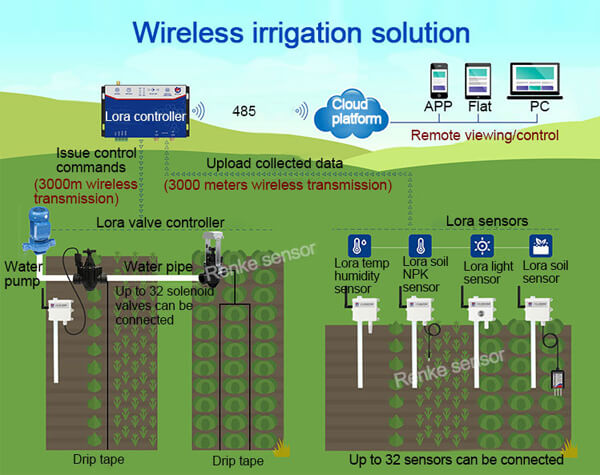 In order to manage agricultural water efficiently and scientifically, Renke installed a LoRa-based solenoid valve controller on the water valve. When the Lora sensors detect that the soil moisture is insufficient, the platform will give an alarm and trigger the opening of the water valve switch to irrigate the crops. When the water is sufficient, the water valve is triggered to close and the irrigation is stopped. Through Lora wireless smart irrigation, water waste can be effectively controlled, labor costs can be reduced, and crop irrigation efficiency can be significantly improved. 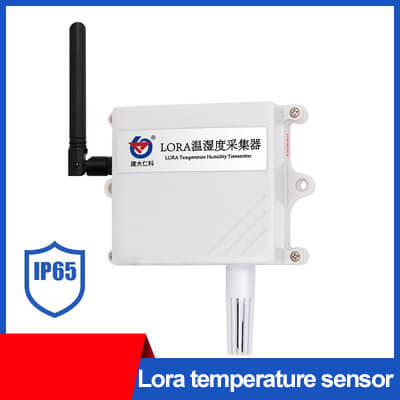 Lora sensors measure temperature and humidity in the environment. The use of battery power avoids wiring problems during construction. Users can also easily adjust the installation location according to the actual use situation on site. 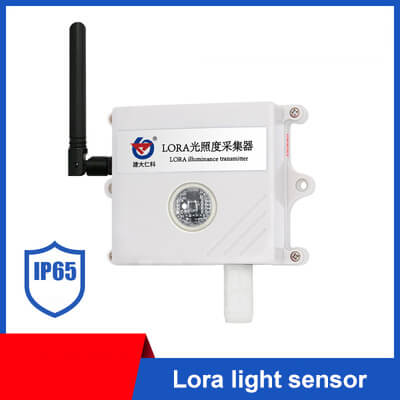 Light is the most important condition in many environments that affect the growth of crops. The growth of crops requires photosynthesis, and light is the basis for plants to perform photosynthesis. In order to promote agricultural production, we need to provide sufficient light for crops. With the help of the lora light sensor, the intensity of the light can be monitored in real time, and the plants can be supplemented with light or shaded in time.

The lora light sensor can measure the light intensity of the current environment, and measure the data for long-distance communication. The housing of these Lora sensors is waterproof and sealed, suitable for outdoor and relatively humid environments. Real-time and stable monitoring of on-site environmental changes, providing data support for agricultural researchers and ensuring the environmental stability of the production site. Support remote wireless gateway configuration, with good stability and reliability. 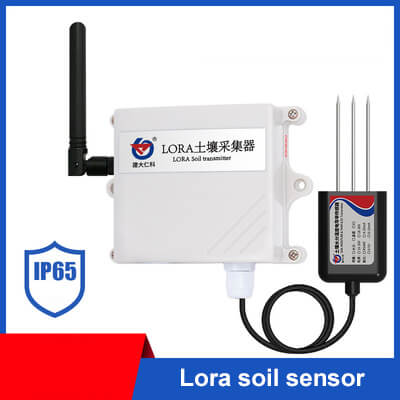 The Lora soil moisture sensor is a low-power LORA measuring point. The probe of the soil sensor is made of specially treated stainless steel, which is less affected by soil salinity. Moisture changes of various soil types can be measured. The probe is completely waterproof and can be buried in the soil for a long time, with corrosion resistance and long service life. 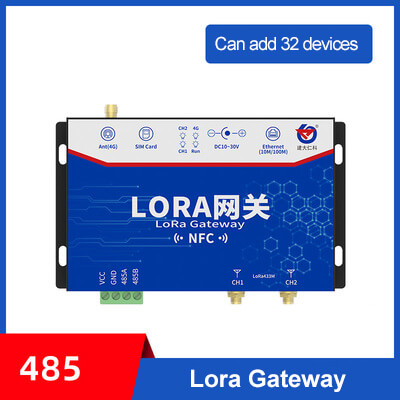 Lora gateway, also known as Lora base station, is a gateway device that uses Lora wireless technology to realize long-distance data transmission. It can collect the measurement values of all Lora sensors and upload the data to the monitoring platform. The Lora gateway is a bridge linking the measurement end and the control end.

The Lora gateway uses a metal sheet metal casing with its own shielding and anti-interference functions. On-site operation is more stable. The Lora gateway can collect data from 32 Lora sensors, with data transmission up to 3 kilometers. Multi-channel communication. While increasing the penetration, there is also encryption technology to ensure that it is not monitored and controlled, and to prevent wrong operations. DC 10~30V wide voltage power supply, the site can be powered by a power adapter or a solar power supply system. The data can be uploaded to our cloud platform, which has the function of remote upgrade, and can be customized and upgraded remotely on-site. 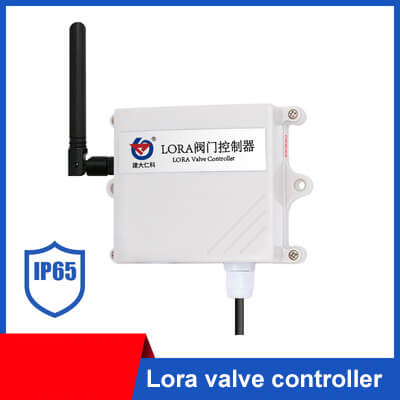 Renke Lora valve controller, which controls the opening and closing of irrigation valves through pulse signals. There is no need for a continuous output signal when irrigating. The valve is connected with Lora valve controller and Lora gateway to realize platform-based remote manual switch, valve timing switch, and automatic control of associated acquisition equipment. In this way, intelligent linkage and precise irrigation can be realized.

The Lora sensors transmit the collected soil temperature, moisture, illuminance, etc. to the gateway through the Lora wireless transmission technology. The gateway is uploaded to the environmental monitoring cloud platform through 4G transmission to realize data collection, analysis, and remote control. By combining the different thresholds set for different areas, a decision is made on whether the area needs to be irrigated.

With timing irrigation, manual irrigation, intelligent irrigation and other modes, you can choose the appropriate irrigation method according to the growth of crops. The system can be controlled remotely on a mobile phone or computer. Reasonable irrigation methods can save water resources, increase crop yield, prevent soil erosion, and reduce economic input.

The LED display screen displays the monitoring data of different measuring points in real time, you can view the map, and through the data comparison, the irrigation plan can be obtained, and the irrigation mode can be continuously optimized. Timely grasp the growing environment of crops. High-definition cameras can also be installed on the farmland to monitor the growth of crops while monitoring the data.

Both the data collected by the Lora sensors and the number of waterings will be stored in the environmental monitoring cloud platform. The cloud platform can store a large amount of data, and the data storage time is up to three years. It can realize data viewing in various ways, such as table viewing, polyline viewing, and track viewing.

When some factors of the Lora sensors exceed the normal range, the alarm system will prompt the administrator. Administrators can view the situation of measuring points through high-definition videos and take reasonable measures to deal with such situations.

2. What is Lora gateway?

The LoRa gateway is located at the core of the LoRa network, is an information bridge between the terminal and the server, and is a multi-channel receiver.

3. What is the difference between lora and lorawan?

Sometimes people think that LoRa and LoRaWAN mean the same thing, but they are actually different.

Lora is a method for sending radio signals that encode information using a chirped, multi-symbol format. It is a proprietary system made by chipmaker Semtech, whose LoRa IP is also licensed to other chipmakers. Essentially, these chips are standard ISM band radio chips that can use LoRa (or other modulation types like FSK) to convert radio frequencies into bits without having to write code to implement a radio system. Lora is a lower-level physical layer technology that can be used for a variety of applications beyond a wide area.

LoRaWAN is a point-to-multipoint networking protocol that uses Semtech’s LoRa modulation scheme. It’s not just about radio waves, it’s about how radio waves communicate with the LoRaWAN gateway to perform things like encryption and identification. It also includes a cloud component to which multiple gateways connect. Due to its local nature, LoRaWAN is rarely used in industrial (private network) applications.

4. How to build a Lora gateway? 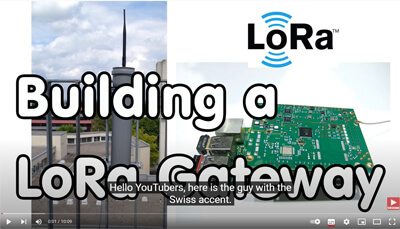 5. Can LoRa work without Internet?

7. How far can LoRa transmit? 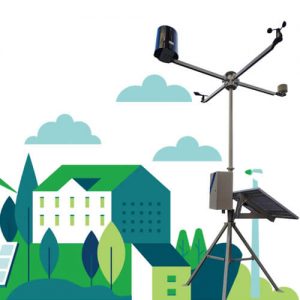 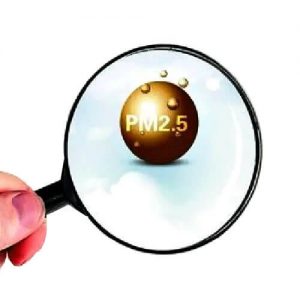 What Is PM2.5 and How Measure? 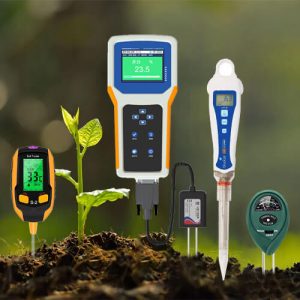 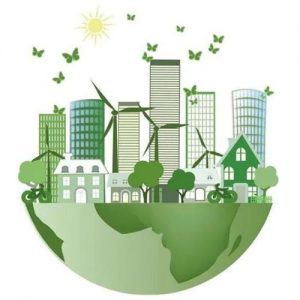 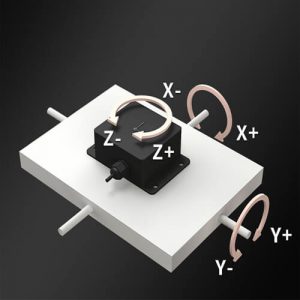 What is Dust Monitoring Equipment and Types 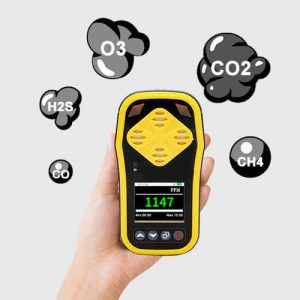 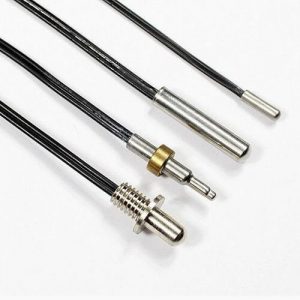 How to Measure Carbon Dioxide (CO2)?