Our aluminum wind speed sensor has RS485, 0-5v, 0-10v, 4-20ma, pulse, and other output methods. Please leave us a message for the output method you need, and we will provide you with a specific manual. 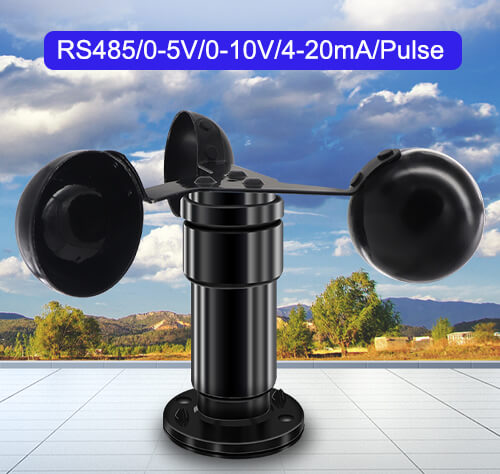 This three-cup wind speed sensor is made of anti-corrosion aluminum alloy material, and the surface is electroplated and sprayed, which is waterproof and anti-corrosion, it can be used outdoors for a long time. Bearings are carefully designed and distributed, with low rotational inertia and sensitive response. The base is designed with stable mechanics, with strong bearing force, is easy to assemble and carry, and can work normally in harsh environments.

Aluminum wind speed is widely used in wind speed measurement in greenhouses, environmental protection, weather stations, ships, docks, and breeding. To facilitate you to view data at any time, we provide a free cloud platform for viewing data on a computer or mobile phone. 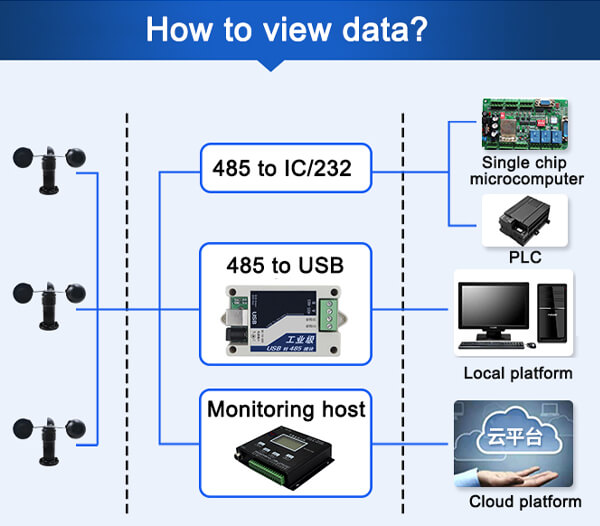 It has high corrosion resistance and weather resistance.

All wind sensors we offered 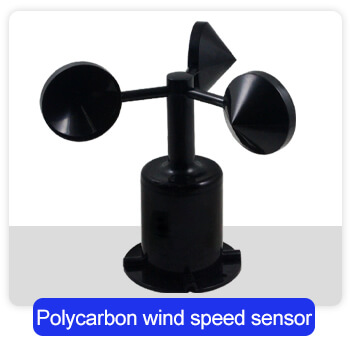 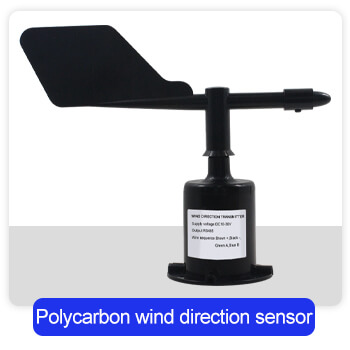 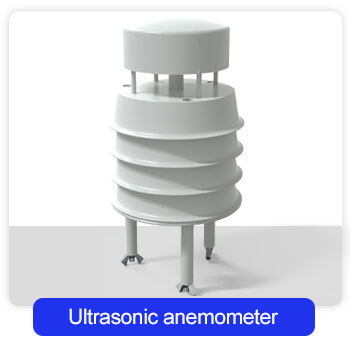 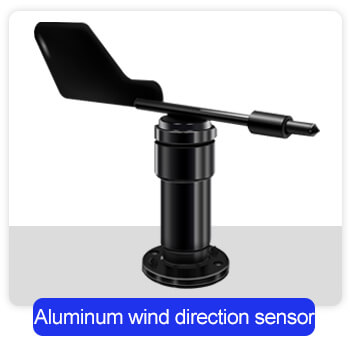 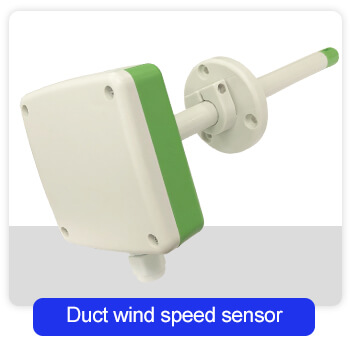 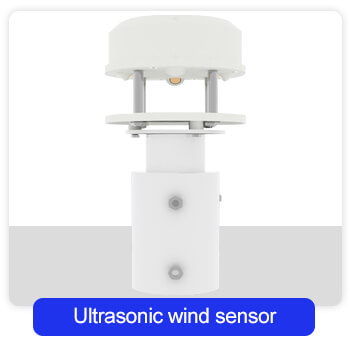 When was the cup anemometer invented?

It was first described in 1846 by the Irish astronomer T. R. Robinson. The first cup anemometers had 4 cups. Patterson (1926) found that if the rotor had only 3 cups the torque is more uniform through the entire revolution.

What is a wind speed sensor?

What is the principle of the three-cup wind speed sensor?

When the wind cup rotates, it drives the coaxial multi-tooth cutting disc or magnetic rod to rotate, and the pulse signal proportional to the speed of the wind cup is obtained through the circuit. The pulse signal is counted by a counter, and the actual wind speed value can be obtained after conversion. At present, the new type rotor anemometer adopts three cups, and the performance of the cone cup is better than that of the hemispherical cup. When the wind speed increases, the rotor cup can quickly increase the speed to adapt to the airflow speed. When the wind speed decreases, due to the influence of inertia, the speed However, it cannot drop immediately. The wind speed indicated by the rotary anemometer in gusty wind is generally too high (the average error produced is about 10%).

What is the service life of Renke wind speed sensor?

Under normal environment, our wind speed sensor has a service life of 5-8 years, and the overall warranty is 2 years.

How to choose a wind speed sensor？

The output of the wind speed sensor is a pulse signal, can it be detected with a multimeter?

You can use a multimeter to detect the quality of the wind speed sensor. However, a multimeter cannot be used to detect the magnitude of the wind speed.
Connect the anemometer to the device, slowly turn the wind blade by hand, measure the voltage between the two wires of the anemometer with the multimeter voltage file, and you can see that the multimeter voltage reading is between high (such as 5v) and low (such as 0v) under normal conditions. change. This is the result of low-speed pulse measurement.
An anemometer is an instrument that measures air velocity. There are many types of it. The most commonly used wind cup anemometer in meteorological stations is the sensing part of three parabolic cones and empty cups fixed on a support at 120° each other. The concave surfaces of the empty cups all face one direction. The whole sensing part is installed on a vertical rotating shaft. Under the action of wind, the wind cup rotates around the shaft at a speed proportional to the wind speed.

Is the wind speed sensor the same as the air volume sensor?

What is an anemometer? An anemometer is an instrument that measures the velocity of air, sometimes called a wind anemometer. The earliest anemometers originated hundreds

Where To Mount Wind Sensor?

How To Install The Wind Speed Sensor?

How To Mount Your Wind Speed Sensor?

Most of the anemometer types sold in the market are three-cup wind speed anemometer. This sensor uses the mature technology of early mechanical anemometers and