This solar radiation sensor or pyranometer is an instrument for measuring solar radiation. It measures the solar energy received from the entire hemisphere (180 degree field of view). Solar radiation varies significantly among regions. Season and time of day are major considerations, but surrounding terrain elevation, man-made obstructions, and surrounding trees can also cause large variations in locations with a small area.

RS-RA-*-AL solar radiation sensor adopts photoelectric principle and can be used to measure the total radiation value under sunlight. The radiation sensor uses high-precision photosensitive elements, wide spectrum absorption, high absorption in the full spectrum range, and good stability. A dust cover with a light transmittance of up to 95% is installed outside the sensing element, and the dust cover is specially treated to reduce dust Adsorption can effectively prevent environmental factors from interfering with internal components, and can more accurately measure solar radiation. 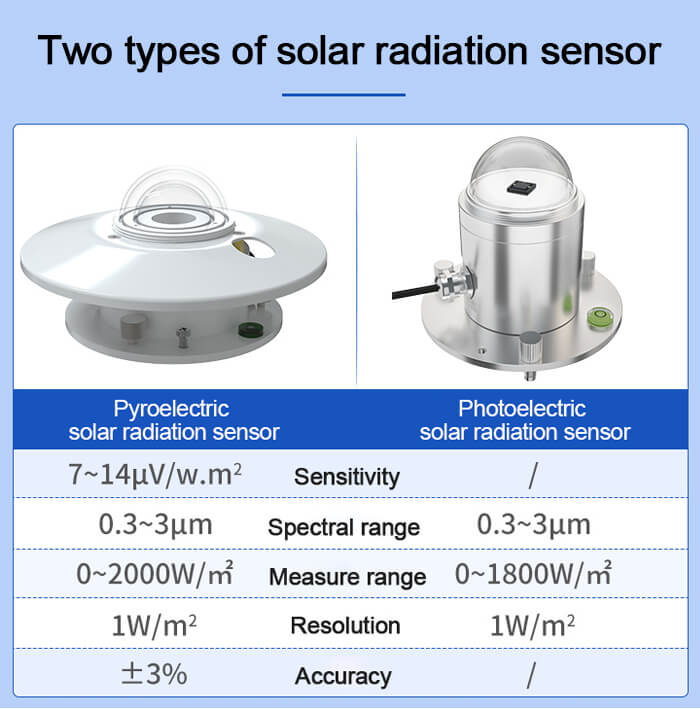 1. Use screws to pass through the mounting holes on the sensor to fix the sensor on the mounting position 2. Make sure the equipment is parallel to the ground (adjustable thumb screw and check the state of the horizontal bubble to determine whether it is parallel) 3. After the installation is complete, remove the protective cover 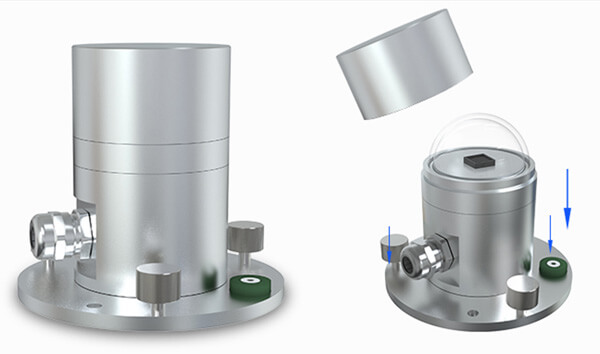 1. The dust cover needs to be kept clean and clean, often wipe it with a soft cloth 2. There should be no water in the dust cover. If it encounters heavy rain, snow, ice, and other long-term weather, it is recommended to cover it.

Q: What is solar radiation?

Q: What is a pyranometer?

Pyranometer is a device that measures solar irradiance from a hemispherical field of view incident on a flat surface. The SI units of irradiance are watts per square meter (W/m²).

Q: What is the difference between a pyranometer and Pyrheliometer?

Q: What is the IP rating of our solar radiation sensor?

Our solar radiation sensor is IP65.

Q: Where to download this solar radiation sensor manual?

In order to protect the patented technical parameters, please contact us for a manual.

What Is IoT? Top 16 IoT Sensors And Applications