RS-NO2-*-2 nitrogen dioxide sensor is an industrial gas sensor. It adopts a wall-mounted installation method and is convenient to use. With our free cloud platform, remote monitoring can be achieved. The no2 sensor measuring range is 0-20ppm or 0-2000ppm. The output mode is R485, 0-5V, 0-10V, 4-20ma.

This electrochemical no2 sensor has a high degree of protection and can be used in harsh environments. 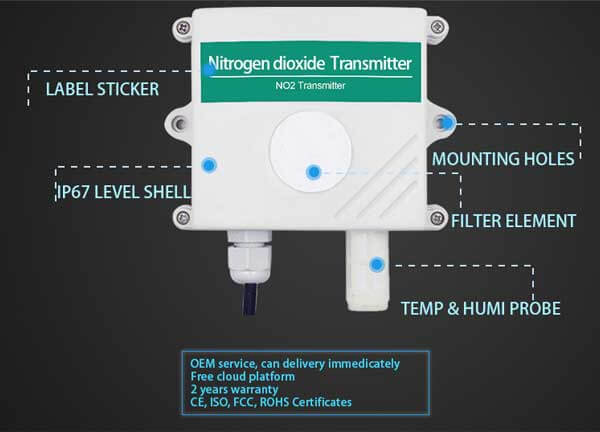 1. Imported first-line brand electrochemical sensors are used, which are stable and durable.
2. The range 0-20ppm, 0-2000ppm is optional, other ranges can also be customized.
3. The measurement accuracy is high, up to ±3% FS, and the repeatability is up to ±2%.
4. Optional high-quality OLED display, the value can be viewed directly on-site, and can be displayed clearly at night.
5. On-site power supply adopts a 10~30V DC wide-voltage power supply, which can adapt to a variety of on-site DC power supplies.

2.What Are The Types Of Industrial Gas Sensors?

3.What Is IoT? Top 16 IoT Sensors And Applications 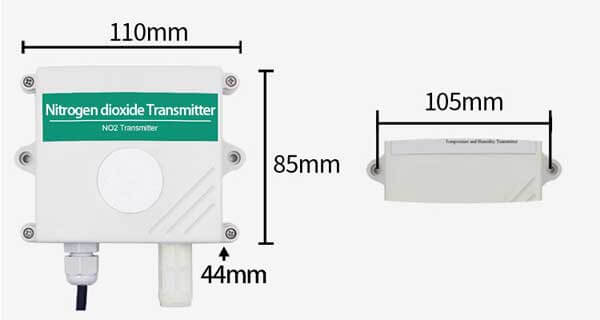 Q: How long do NO2 sensors last?

A: Under normal circumstances, our NO2 sensor can be used for 5 years.